(OTHER  NONFICTION ARTICLES: THE REVOLUTION THAT ATE ITSELF (PART 1)   THE REVOLUTION THAT ATE ITSELF (PART 2)     AFRICANUS: JOHN CHILEMBWE’S RACE-BASED REBELLION      AUGUST ENGELHARDT: THE COCONUT KING    THE MEN WHO WEREN’T THERE: BUTCH CASSIDY & THE SUNDANCE KID  WHIPPED BY THREE FLAGS: THE KOREAN WHO KEPT GETTING CAUGHT   THE CITY OF HYPHENS: TRIESTE   ON CLOUD IX    THE YAGHAN PEOPLE OF TIERRA DEL FUEGO AND THEIR INSURMOUNTABLE LANGUAGE      MOJO MAN: LIFE IS A HIJACK)

THE KANNIBAL CLUB: HOW TO SURVIVE A GULAG ESCAPE

The gruesome details of a gruesome practice produced by gruesome circumstances. James Meek‘s haunting novel The People’s Act of Love opens in 1919 with a bedraggled escapee from a Siberian prison camp stumbling into a remote village. He tells his interrogators he’d not only escaped from an Arctic hell hole, but he’d narrowly avoided being eaten by his accomplice.

Reports of inmates escaping from remote prison camps then killing and then eating their fellow escapees first appeared in a Russian medical journal in 1895, although the practice must have existed long before then. (In the 1820’s an outlaw in Tasmania named Alexander Pearce boasted of eating his fellow escapees, claiming to prefer human meat to pork.) The practice continued in Russia well into the 20th century, by which time Czarist despotism gave way to Stalinist despotism.

This Russian practice involved the following:

Experienced prisoners would plan an escape which always included a recently arrived inmate. The naive newcomer, ignorant of the dog-eat-dog culture of the camps, would count himself lucky to be included in the escape. He would also be relatively healthy, having not yet suffered years of privation. He had plenty of meat on his bones. This was crucial. He was to be the korova (cow).

Jacques Rossi’s Gulag Handbook  (quoted in The People’s Act of Love) defines korova as: A person designated to be eaten; suspecting nothing, any novice criminal, invited by his elders to join them in an escape, is fit for this role…if, during their flight, the escapees’ food supplies are exhausted, without prospect of renewal, the “cow” will be slaughtered…

Rossi, who despite his name was a Pole, spent many years in the Gulag (the Soviet prison camp network in Siberia and the Arctic). But his statement “if the escapees’ food supplies are exhausted…” was disingenuous. Prisoners were on semi-starvation rations. Even the most iron-willed inmate could never hope to put aside enough morsels to sustain him throughout an escape. So of course the korova was going to be eaten. That was the sole reason for including him.

A political prisoner made the best korova. A thief or murderer had probably done time before and had developed an instinct about these things. He’d be among the eaters, not the eaten. A “political” was almost certainly not guilty of any crime at all, but had merely been caught up in one of Stalin’s senseless waves of mass arrests. He’d never done the backbreaking toil that half-killed most prisoners. Chances were his idea of a hard day’s work was the endless signing of papers (including, in some cases, arrest orders). 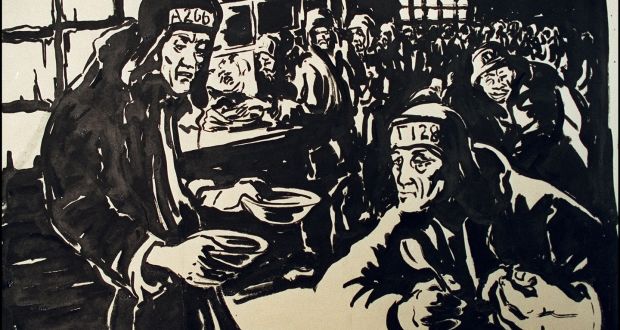 In The People’s Act of Love the escapee is named Samarin, a leftist agitator on the run from one of the Czar’s harshest and most isolated prison camps. In his testimony he claims he’d been “bought and sold” by a series of senior prisoners. As thieves and murderers  – not “politicals” – they were the camp’s aristocracy.

He’d become a camp aristocrat’s slave. The owner received food from other aristocrats in return for Samarin’s extra shifts working in the camp’s mine.

Samarin testified his final owner – a vile waste of carbon called The Mohican – suddenly started treating him humanely and used his considerable influence to reduce Samarin’s workload. And he suddenly started feeding Samarin.

One night a now healthier Samarin overhears a couple of aristocrats having a muffled argument with The Mohican. He’s too much for one. You’ve got to share him! he hears one of them whisper. Who is this him? And what does share mean? But all too soon the camp descends into chaos as the Civil War disrupts supplies.

The Mohican prepares an escape. But in Samarin’s testimony only he and The Mohican are in on the plan. Samarin soon discerns the evil fate in store for him and evades his partner. After months of wandering ever southward he arrives half dead at the Siberian village of Yazyk.

From here the novel’s plot unfolds. Things get complicated. All is not as it seems. There are murders and betrayals, lies within lies.

The Mohican, said Samarin, had selected him and fattened him up for the escape. The supply of new prisoners had stopped as the Civil War raged, so there was no “new meat”. But by Stalin’s time this was never a problem. An endless stream of inmates entered the Gulag, so your average korova was already in good shape compared to the veteran prisoners. He looked good enough to eat.

Anne Applebaum’s Gulag: A History of the Soviet Camps tells this grim story recounted by Edward Buca, another Polish survivor of the camps (from August 1939 many Soviet prison camps had no shortage of Poles):

Two prisoners arrested for murder and theft plotted an escape. They invited the obese camp cook to join them. A perfect plan: lots of meat, and it conveniently transports itself.

The two men duly killed and ate the cook. But their trek to freedom took longer than expected. Hunger set in and their korova had long been digested and excreted.

They now faced a dilemma. To split up and try to go it alone would be suicidal. But staying together was risky. Each escapee was under no illusions about the other’s intention. The first man to nod off would become several meals. Each tried desperately to stay awake. But finally one succumbed to sleep.

However, the last man standing never made it to freedom. He was caught two days later. Some of the survivor’s buddy was in his belly and the rest was still in his sack, waiting to be eaten. He wound up back in the Gulag system. There, we can be sure, his fellow prisoners treated him with a measure of respect, while never getting too close. 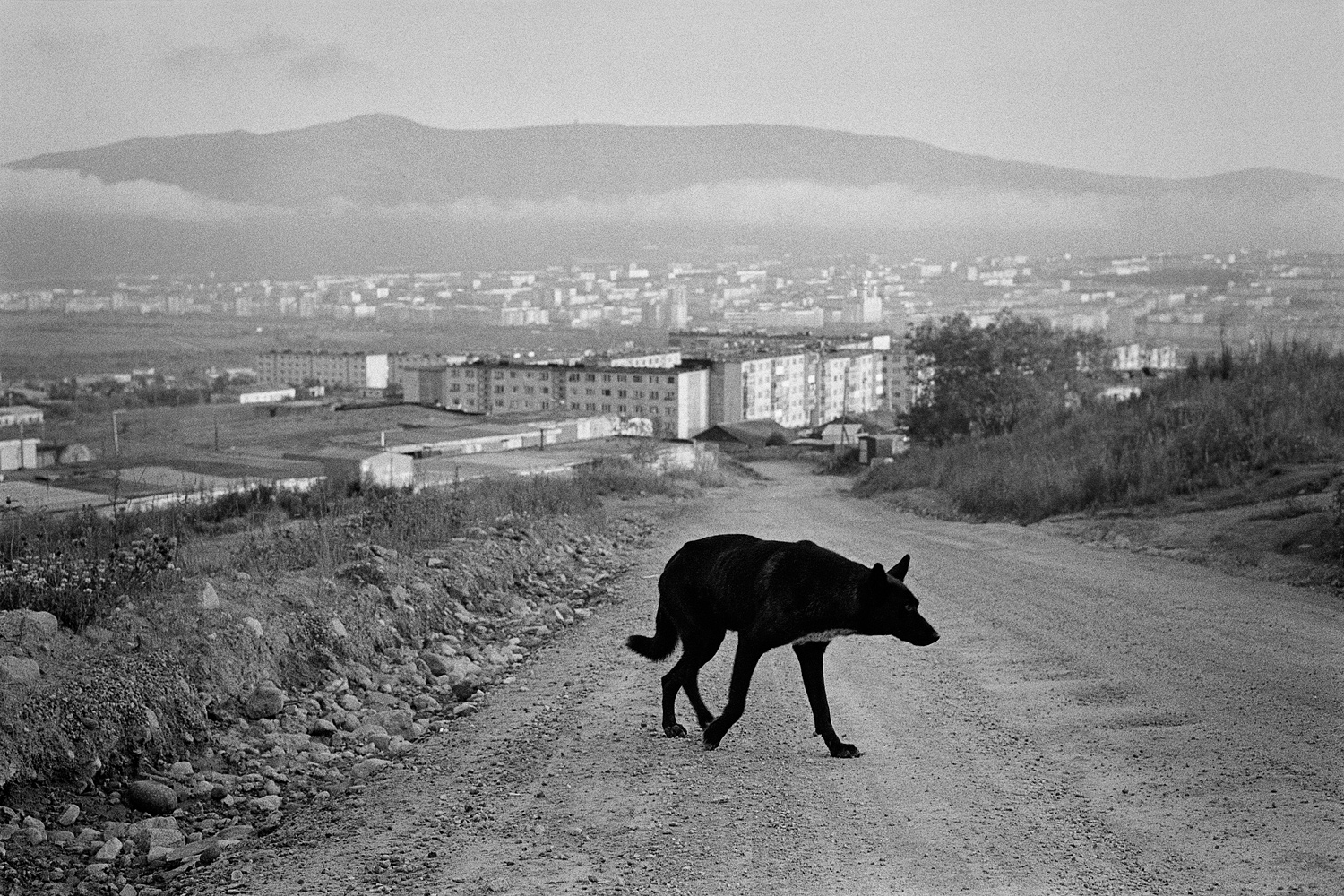 11 thoughts on “THE KANNIBAL CLUB: HOW TO SURVIVE A GULAG ESCAPE”