THE MAFIA ON THE MOON

What if NASA got the flick back in the late 1950’s and the Mafia ran the space race?

If the Mafia had been tasked with the running of the United States manned space program right from the get go, things would – surprise surprise – have turned out rather differently.

But firstly, why would Uncle Sam entrust this huge project to the Mob? What’s wrong with taking the traditional route of creating another bloated government agency, namely NASA?

For one thing, viewing the Mafia as merely an Italian fraternal organization involved in the financial services sector would be wrong. Dead wrong. By the 1950’s it was already a multinational organization known for its exceptional competence (occasional internecine massacres notwithstanding). Only la Cosa Nostra could match the Soviet Union at achieving results by the precise application of breathtakingly brutal efficiency. Plus it controlled some key unions.

The Mob had all the prerequisites for winning the space race faster and cheaper. The potential profit from a government contract of this magnitude would have been enough to make every self-respecting mafioso salivate uncontrollably. And it would all be legit. Legit! So why didn’t they pursue this chance with their customary single mindedness? Why didn’t the Mafia make President Eisenhower an offer he couldn’t understand, followed by an offer he couldn’t refuse?

Maybe it was distracted by the ongoing threat of losing its golden goose – Havana – to that lousy commie punk, that stinkin’ hairy Castro son of a bitch. Or maybe the Mob’s Vegas operations – also legit, come to think of it – were already enough of a handful.

Of course, only a dreamer would believe that a Mob-managed space program would be totally smooth sailing. There were bound to be hiccups along the way. Like the occasional rocket exploding on the launchpad. How to deal with that? The simplest solution: get to every eyewitness and stuff a hundred dollar bill – a 1960 hundred dollar bill, remember – in their pocket. Then you can be sure of collective amnesia.

The Russian space program had its setbacks too, so on balance it would be entirely reasonable to expect that a Mafia-controlled U.S. manned space program would have beaten the Sovietskis. Therefore the first man in space would have been an American. Someone the Mob’s senior management felt comfortable with. Somebody they could relate to. A paesano, who else? Frank Sinatra springs to mind. And Ol’ Blue Eyes – a tuxedo under his spacesuit – would also have been the first man to drink a martini and smoke a Camel in space.

But it wouldn’t have stopped there. In the early days the Kennedy Administration made a public vow to land astronauts on the moon. President Kennedy set the deadline for 1970. With the Mob at the helm America would certainly have beaten NASA’s July 1969 moon landing, the one we all know about from the Discovery Channel. Beaten it by months, maybe even years.

And the first men to leave their footprints in the moon dust would not have been Neil A. Armstrong and Edwin “Buzz” Aldrin. No. They would’ve been two guys named Joe and Carmine. (Just Joe and Carmine. Their last names are nobody’s business.)

What about a casino in space by 1985? Why not?  Such an enticing idea. No taxes, no cops, no Nevada Gaming Commission. Ladies and gentlemen! All the way from Earth – boom boom – the Astro Lounge is pleased to present … Mr. … Rodney … Dangerfield! 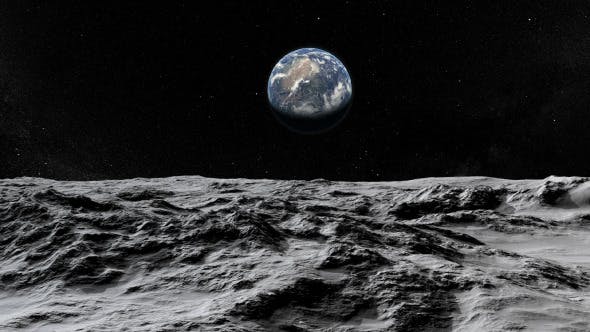 The poifect spot for a nightclub

So Sinatra in space, Rodney Dangerfield doing his “I-don’t-get-no-respect” shtick in orbit, and Joe and Carmine making history on the moon. What, we might ask ourselves, would the memorial plaque they left on the lunar surface have said? NASA’s wishy washy message was WE CAME IN PEACE FOR ALL MANKIND. Joe and Carmine’s plaque would have said something like NOBODY FUCKS WITH NICK LAZARINO.

7 thoughts on “THE MAFIA ON THE MOON”