Bob Dylan might have said it but how many people get it?

An American comedy-drama series called  Going to Extremes enjoyed a brief spell on the airwaves in the early 1990’s. It was set on a generic Caribbean island, all reggae and rum and steel drums and dreadlocked guys calling each other mon. The main characters were connected with a medical school catering mainly to Americans who, for whatever reason, couldn’t make it into med school back home.

The school’s founder was an American surgeon, Dr. Henry Croft. Some years earlier he’d sold the patent for a revolutionary medical device, earning him a fortune. He moved to the Caribbean and put his millions to work by starting a medical school from scratch and appointing himself the dean. Croft’s plan was to educate rejects from Stateside medical schools and, come hell or high water, turn them into competent doctors, damn it.

The students were an assortment of eager young things with the usual mental and emotional baggage that any comedy-drama needs for sustenance. Adapting to the slow pace and rough-around-the-edges nature of island society provided plenty of material for story-arcs. The way North American attitudes rubbed up against Caribbean realities was the show’s bread and butter. But Dr. Croft shared none of their problems. He loved island life. 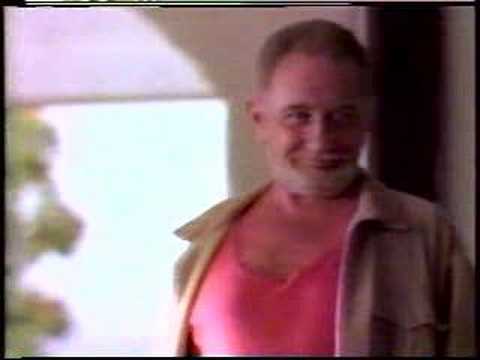 Croft was a stock Hollywood character: a crusty yet benign fellow. One day he found himself having to deal with another wealthy American. In this particular episode a lone yachtsman fetched up on the island and he and Croft were inevitably thrown together. The yachtsman was younger and tried to cultivate a maverick image, but essentially he and Croft were in the same league. The visitor had made his millions in the computer field, and decided to take the money and run, or rather sail away. He left the rat race behind and led a nomadic existence, island-hopping in his state-of-the-art yacht.

They became regular drinking partners and passed the time playing chess on the anchored yacht. In one scene Croft confides in him about a ticklish situation he was currently facing, and the millionaire yachtsman replies with an anecdote. It was meant to be relevant to Croft’s problem. And it alluded to his familiarity with top celebrities. The wealthy nomad had earlier dropped a broad hint or two about having rubbed shoulders with some big shots in his time, thereby eliciting a couple of Croftian harrumphs. But now the yachtsman – his name was Richard – started an exchange which went something like:

Richard: You know, when I was living the high life back in the States I used to party a lot with Dylan.

Richard: Bob Dylan. This was before his born-again Christian period. I never understood that move. But anyway, do you know what he once told me?

Croft: How could I?

Richard: One time we were alone and Dylan said to me: You know, there comes a point in every man’s life when he finally outsmarts himself.

Croft [after a puzzled silence]: What the hell is that supposed to mean?

Richard: I’ve never been able to work it out. But if you can, it may help you understand what’s going on.

There comes a point in every man’s life when he finally outsmarts himself. Croft’s reaction was the only sensible one. What the hell is that supposed to mean?

This obviously apocryphal quote from His Bobness raises a few questions. Just how is it possible for us to outsmart ourselves? How is it possible for one half of the human brain to outwit the other half? And, come to think of it, how can you even tell if you really have outsmarted yourself?

We are surely all prone to self-delusion, choosing fantasy over reality and convincing ourselves that white is black and bad is good. But that is mere self-deception, not self-outsmarting, as in actively outwitting ourselves the way Sherlock Holmes or Lieutenant Colombo always outwit the bad guys.

The question remains unanswered, and perhaps unanswerable. There may be some Zen wisdom contained in the mere  articulation of  “Dylan’s” statement. But since Zen wisdom is supposed to be too lofty to be put into words, there is nothing more to say on the matter. 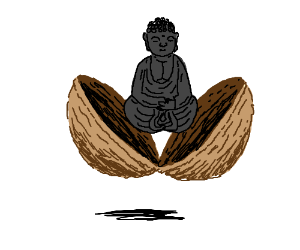 One thought on “UNCRACKABLE NUT”