…which will only get worse with time.

…who wishes to remain anonymous but who emailed me with questions about the fictional story on this website SO YOU WANT TO TRAVEL THRU TIME:

No, your questions definitely aren’t a waste of anyone’s time. But there’s no reason why others shouldn’t get to see the responses too. I’ll paraphrase your questions for reasons of brevity and clarity.

(1) The language used? That was merely based on the idea that the slack, sloppy, lazy, low-brow written discourse which dominates today’s internet might, by the 22nd century, become not only the norm in casual communication but the norm in formal documents as well. By then people may look at the crystalline prose of writers like George Orwell and have trouble understanding it. Many would probably dismiss it as pretentious (assuming they were able to use the word pretentious).

(2) The unusual symbols at the start and end? By then the internet will be as out of date as the telegraph is to us. (Ask any Brit under the age of 20 what the London newspaper’s name The Telegraph means and you’ll probably get a blank look.) Maybe the 26 letters and 10 numerals currently available to English-users won’t be enough to cover the range of data zapping around the 22nd-century ether and they’ll have to add Greek or Russian letters to create more options.

(3) Time travel as a commercial enterprise? Why not? It’s often assumed by fiction writers that time travel should and would be done for noble reasons, like historical research. The British television drama from the early 1980’s The Flipside of Dominick Hyde assumed that the UFOs reported in 20th-century skies weren’t from other planets, but were time-travel vehicles from the future whose sole purpose was to observe various aspects of 20th-century society – but only at the macro level – from the safety of the sky. (Landing or making the slightest contact with the locals were both strictly forbidden.) 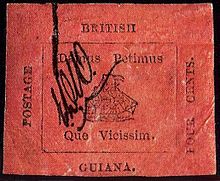 But there was also the idea that one could travel to the past and acquire an everyday item from that period which wouldn’t be missed if it were purloined by a visitor from the distant future. So not an original Gutenberg Bible or something as spectacular as that, but something small and common. That everyday item would eventually become so valuable that its owner would become fabulously rich. This was the premise of the ingenious sub-plot in John Crowley’s deservedly well-known science-fiction novella Great Work of Time.